You likely found this page by search for snow skiing in April.

Where can you ski in April?

Where is the best place to go skiing in April?

What is the best month to ski in Colorado? 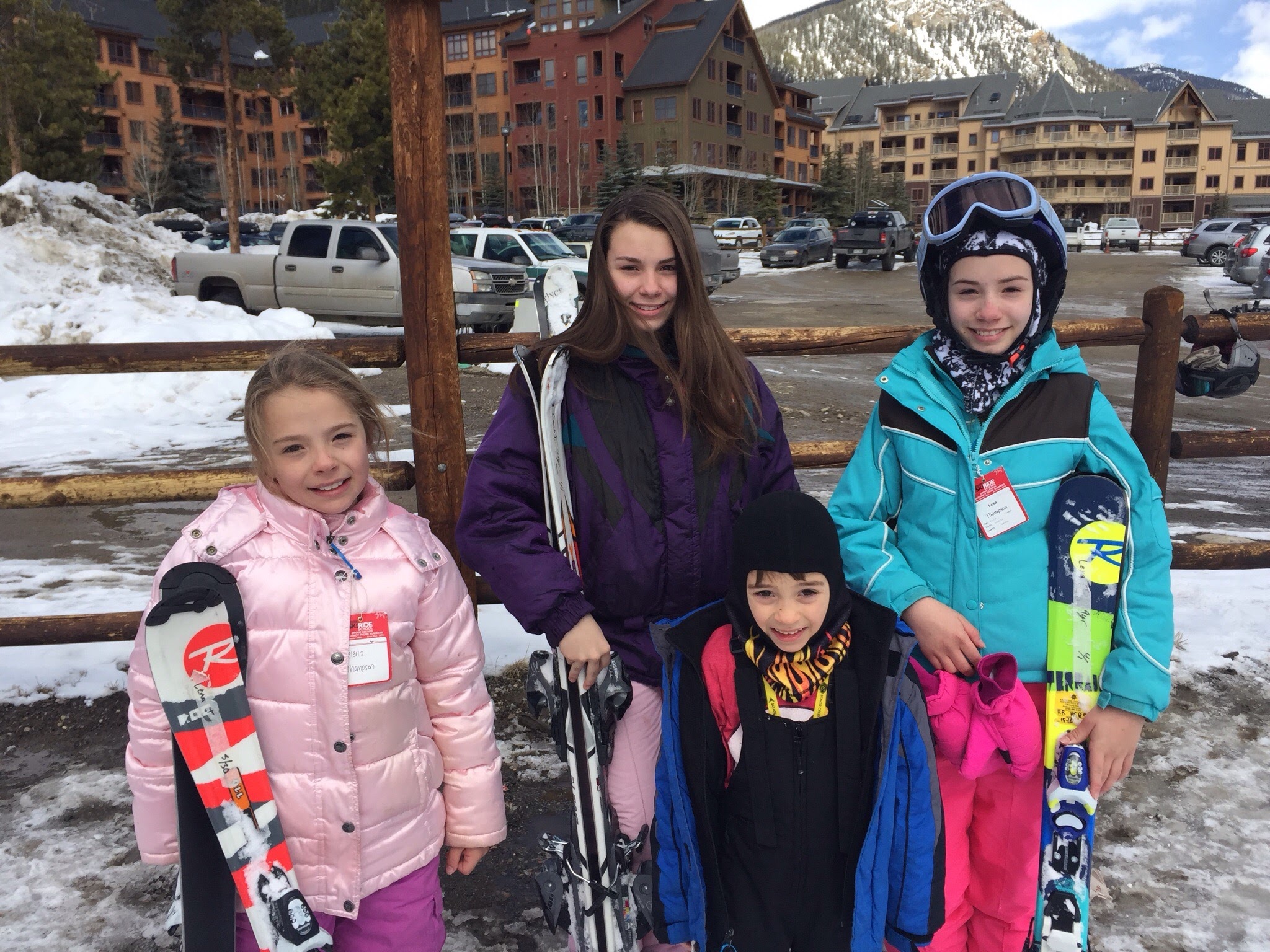 As an owner of two ski homes in Silverthorne, Colorado, who has been going up there for over 20 years, I’m telling you it’s April! That is my humble, biased opinion. April is the best time to go snow skiing, and it is also my personal favorite. Here are 3 reasons why:

Less people in the mountains means more of everything for you! More snow skiing because you don’t have to wait in long lines at the ski lift, more dining experience selections because the restaurants aren’t as packed with customers, more money in your pocket because airfares and lodging accomodations are cheaper in April. In fact if you look at our lodging fees they decrease in April.

The facts don’t lie. Historical data shows that it snows in April just as much or more than it does in the so-called best months to ski. Take a look at this data for the past four years. The data shows that if you go skiing in April you are going to have just as much snow as Jan, Feb, and Mar. And guess what else? That snow has been building up all season.

Weather in April is warmer so you won’t be as cold when you are skiing. I don’t know about all this t-shirt business you hear people talking about, but I’ll take warmer snow conditions any way over bone-chilling cold. Check out what intellicast has to say about the tempature in April. On April ski days it is typically 7-15ºF warmer than ski days in Jan, Feb, and March.

Do you need proof that snow skiing in April is good? Here are some pictures and video from our ski trip in the second week of April 2017

Here is a video I took when my family went snow skiing during April 2017:


My family taking a rest in the trees at Keystone Ski Resort while snow skiing in April: 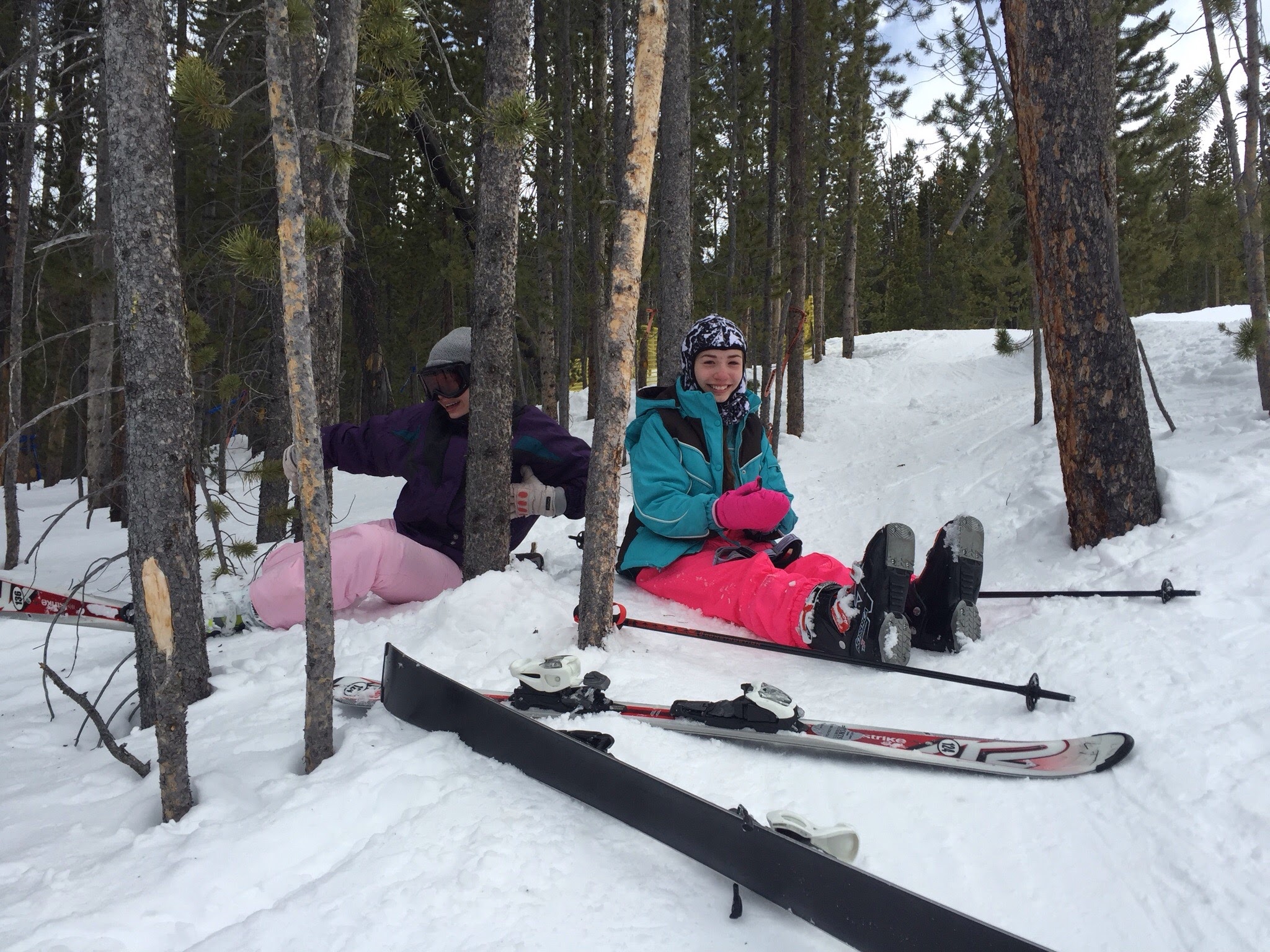 Snow Skiing in April in Colorado

Daughter showing what an unopened bag of Cheetos looks like at 9,000 ft elevation. (Look at those wonderful April ski conditions in the background.) 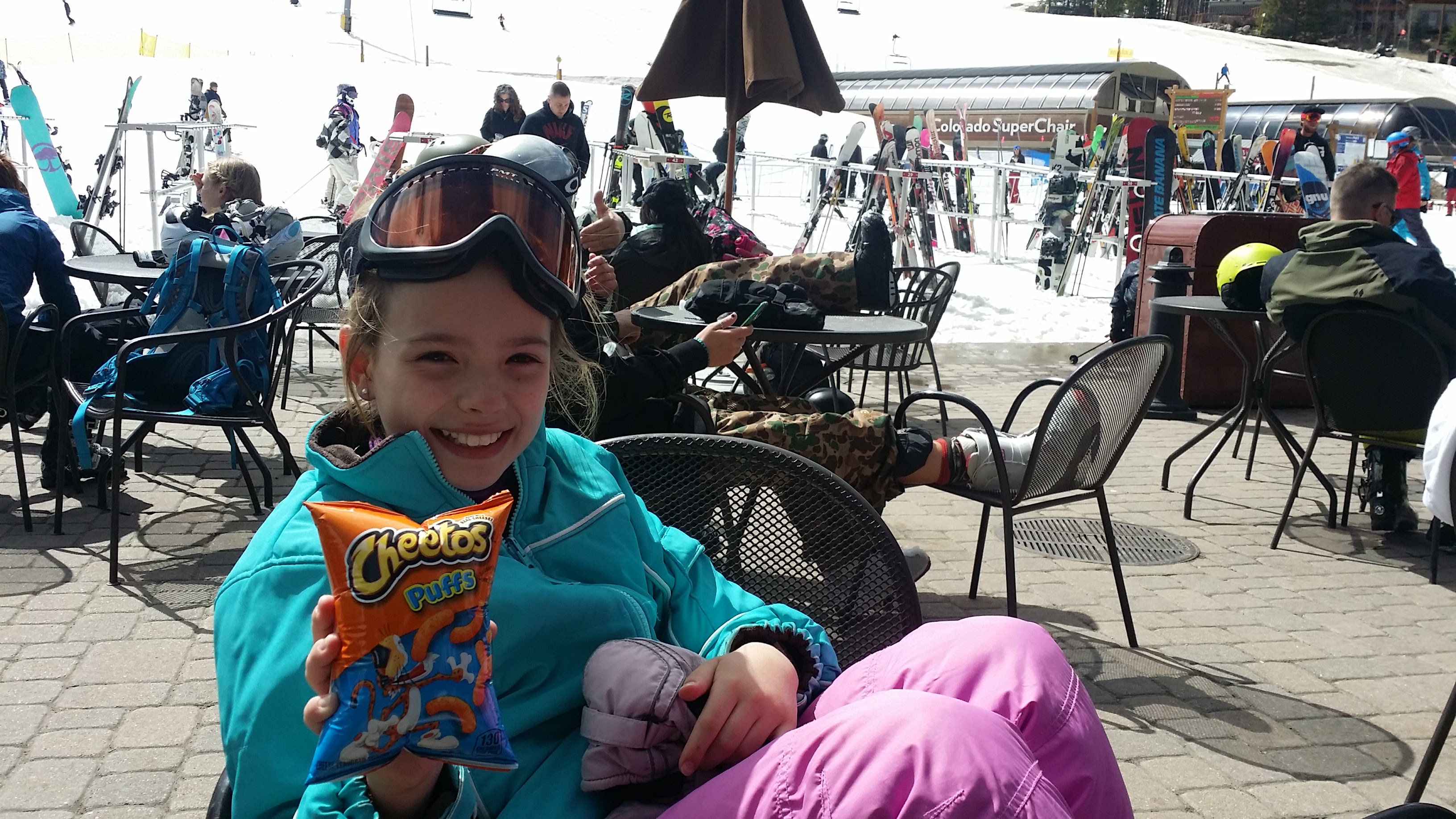 Snow Skiing in April in Colorado

This one doesn’t have anything to do with skiing in April, but I found it hilarious that little man can’t even take off his snowboard while resting at the Ski Silverthorne Lodge! 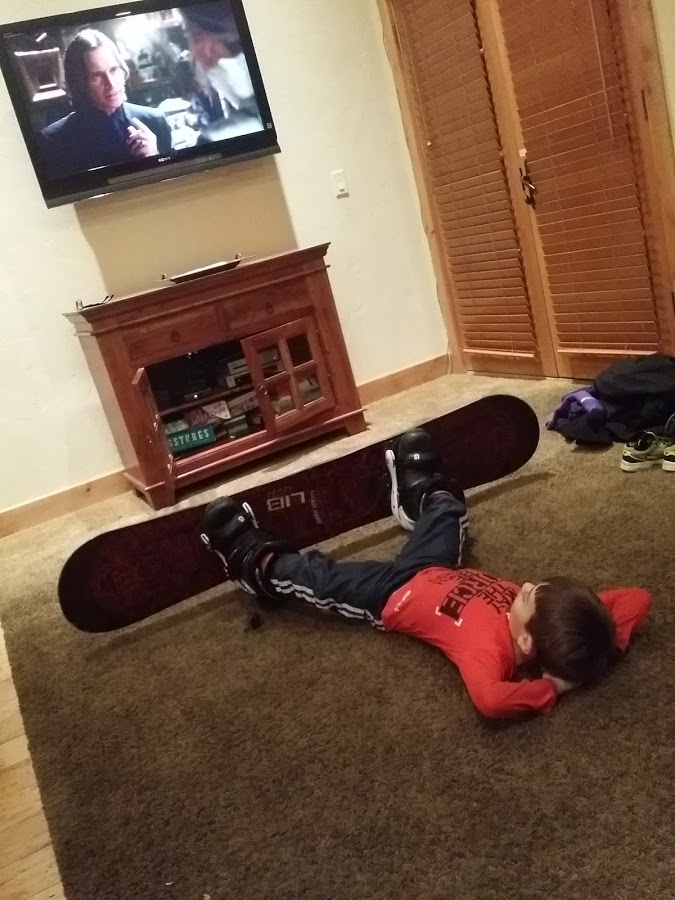 So excited to go snowboarding in April